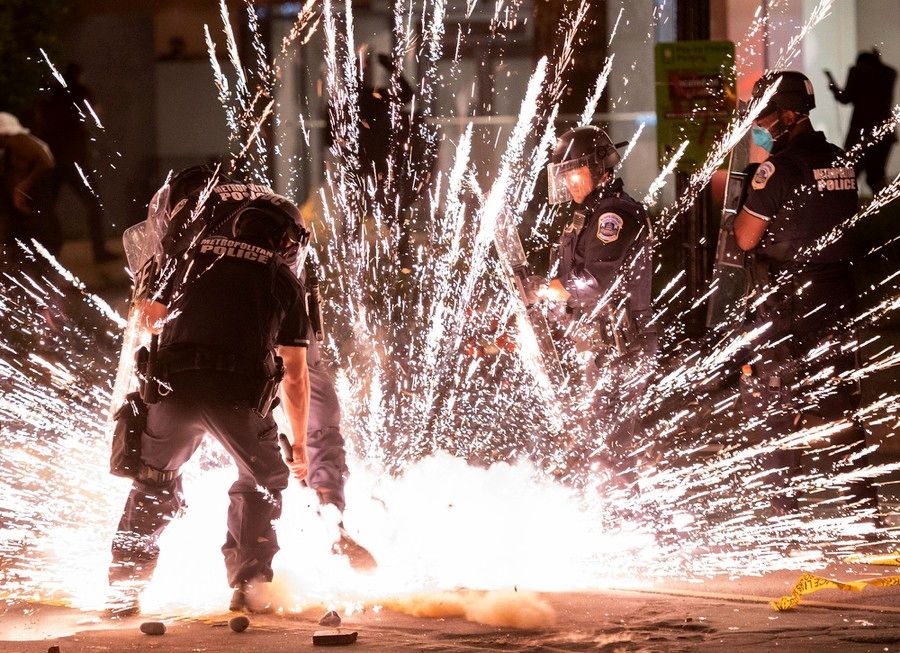 Fireworks thrown by protesters explode among police officers one block from the White House on May 30, 2020, in Washington D.C., during a protest over the killing of George Floyd. #